The rain is falling on a calm spring evening in Hogwarts Legacy - time to unwind with a quiet stroll through the castle grounds and beyond to Hogsmeade. Enjoy the sounds of the wizarding world. 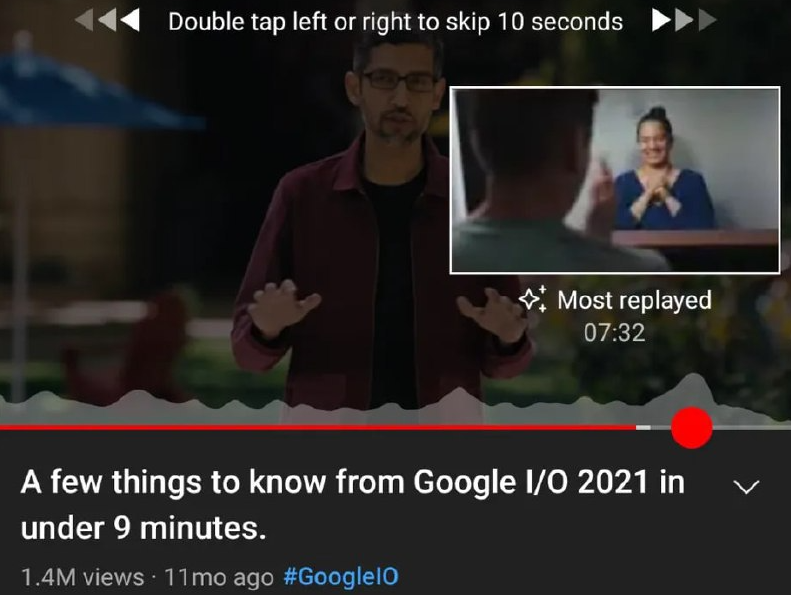 YouTube will now highlight the "most playable" parts of videos in its web player and mobile apps. ☝🏻The feature was previously available as an experiment for YouTube Premium subscribers, but today it launches for all users. The company is announcing the feature as part of a package of updates - which essentially lead the way in slicing long videos into individual snippets.🤨 These 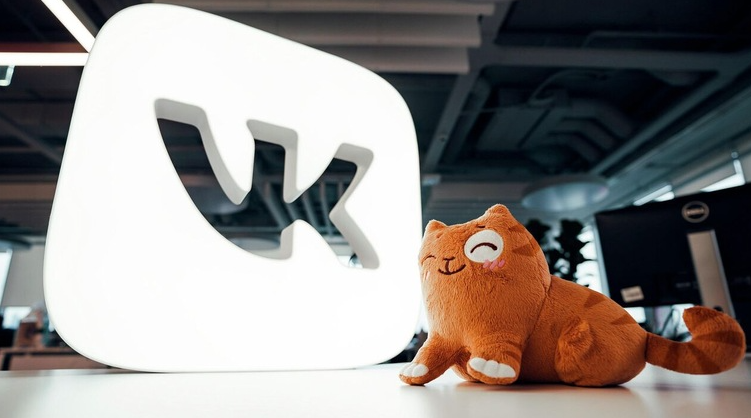 VK launches its "RuStore" on May 25

VK and the Ministry of Digital Arts announced that a domestic mobile app store called RuStore will begin operating in beta testing mode on May 25. The corporation has already registered the domain rustore.ru and submitted three applications to Rospatent for registration of the trademark of the Russian app store called RuStore. According to the description of the application, the logo of 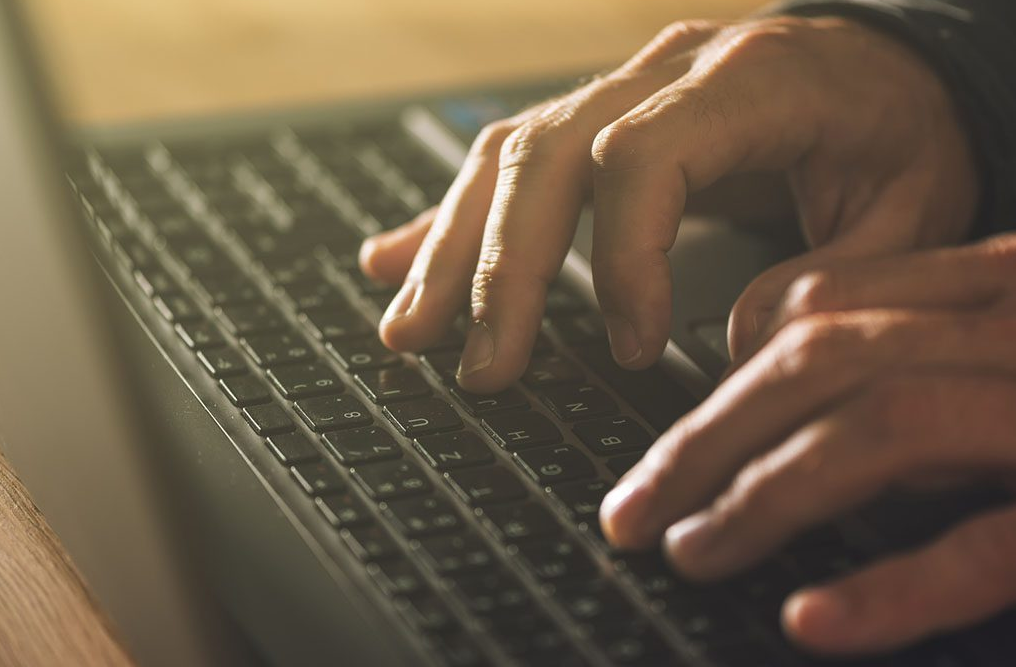 The European Commission, allegedly to combat child sexual abuse on the Internet, has proposed requiring large commercial corporations to introduce content scanning systems on their platforms. It is assumed that users' personal correspondence will be checked by an artificial intelligence system and then, if a child pornography detection algorithm works, it will be examined by an 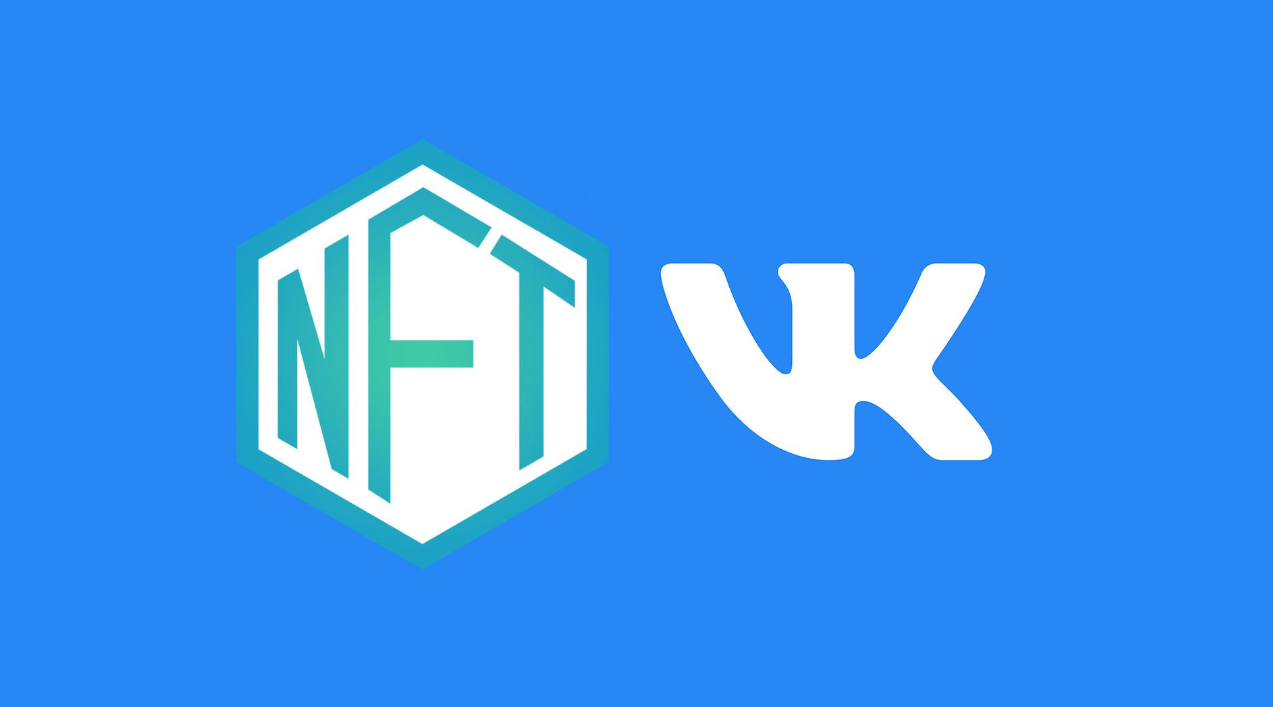 Social network VKontakte plans to open a trading platform of NFT-tokens - it was announced by the technical director of the platform Alexander Tobol. ☝🏻 The corporation intends to become the main service provider with access to NFT in Russia and the CIS countries. Users of the social network will be invited to create and sell their unique content in the form of NFT.🤨 - As an example, a 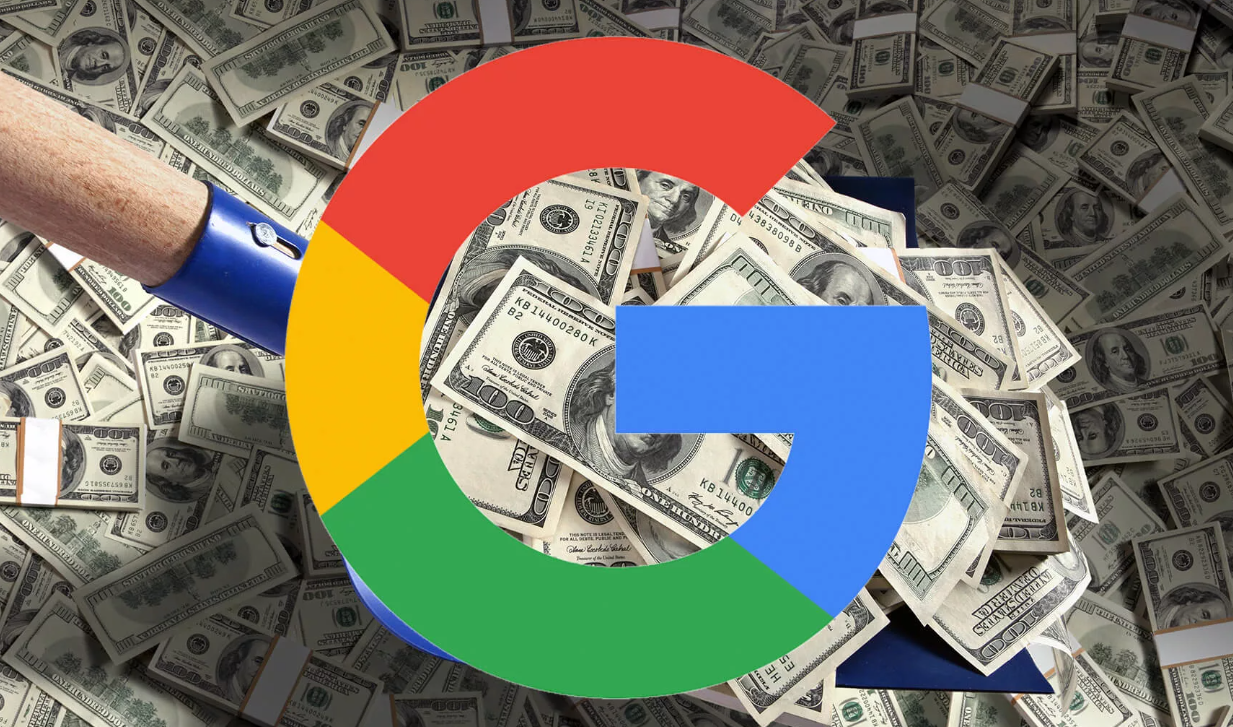 Google Corporation felt it did not have enough money and warned that by June 1 it would remove all apps that bypass its own payment systems. ☝🏻 This angered many developers and in particular the owner of the dating apps Tinder, Match and OkCupid - the company Match Group Match Group refuses to pay a 30% commission on transactions on Google Play and is trying to prevent the removal of 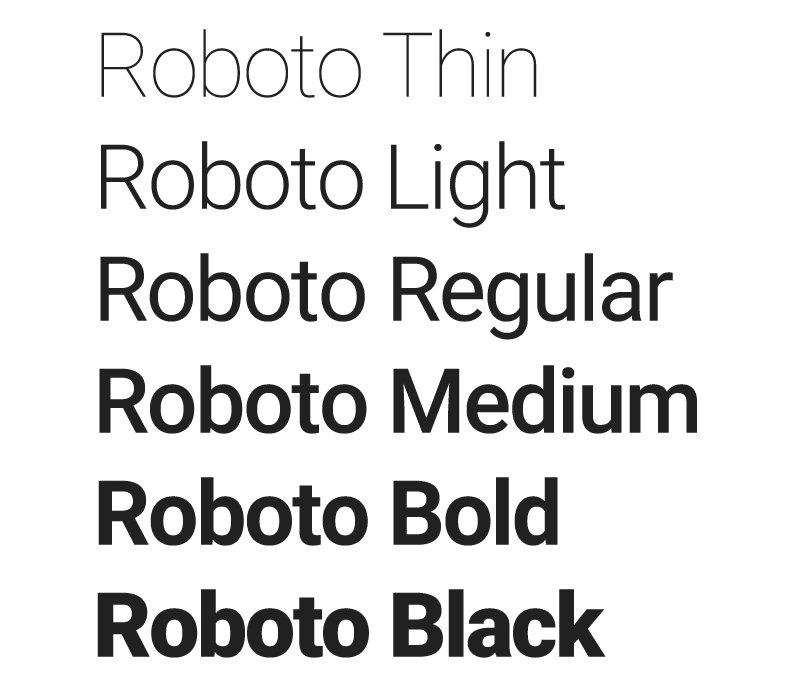 The Russian guys at Google have created a new "customizable font

Google Corporation introduced a new font, Roboto Flex. ☝🏻 It was created by a team of six Font Bureau designers, three of whom are from Russia, including Ilya Ruderman, co-founder of font storefront type.today. Roboto Flex resembles the standard Android font, Roboto. It's been a key part of Google's visual style for years. But what makes Roboto Flex different is that it's a 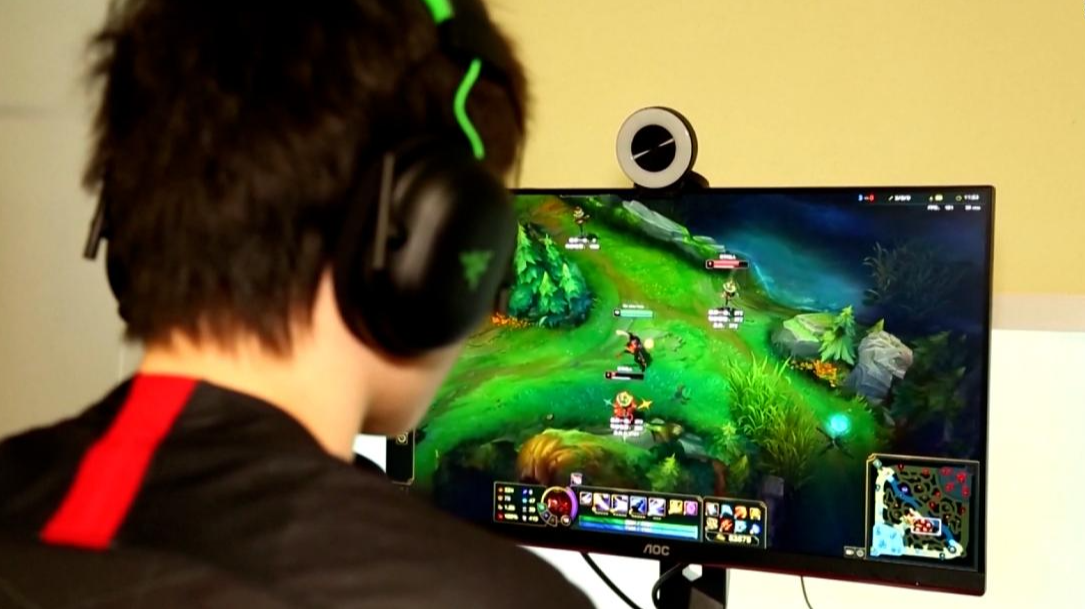 China's Radio and Television Administration has banned underage viewers under the age of 16 from sending any financial donations (donations) to streamers, as well as watching live broadcasts after 10 p.m. local time. The obligation to monitor the implementation of such rules, will be entrusted to the streaming platforms, and the state regulators will supervise them.🤨 The agency 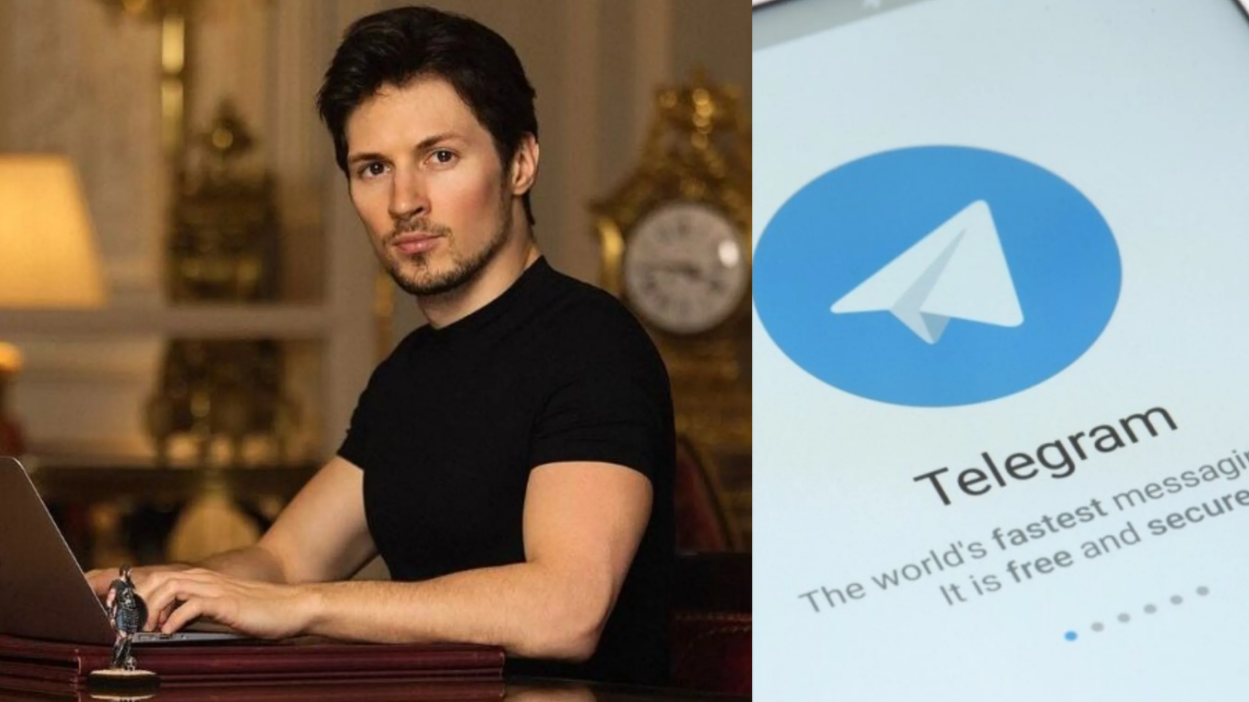 After Telegram launched an advertising platform, the messenger plans to introduce a Premium subscription. 🔻 In the beta version of the Telegram app for iOS, many emoticons and reaction stickers were discovered, which were marked as exclusive to "Telegram Premium". When selecting such stickers, the user will be prompted to register for the paid service. ☝🏻In this case, users of the free 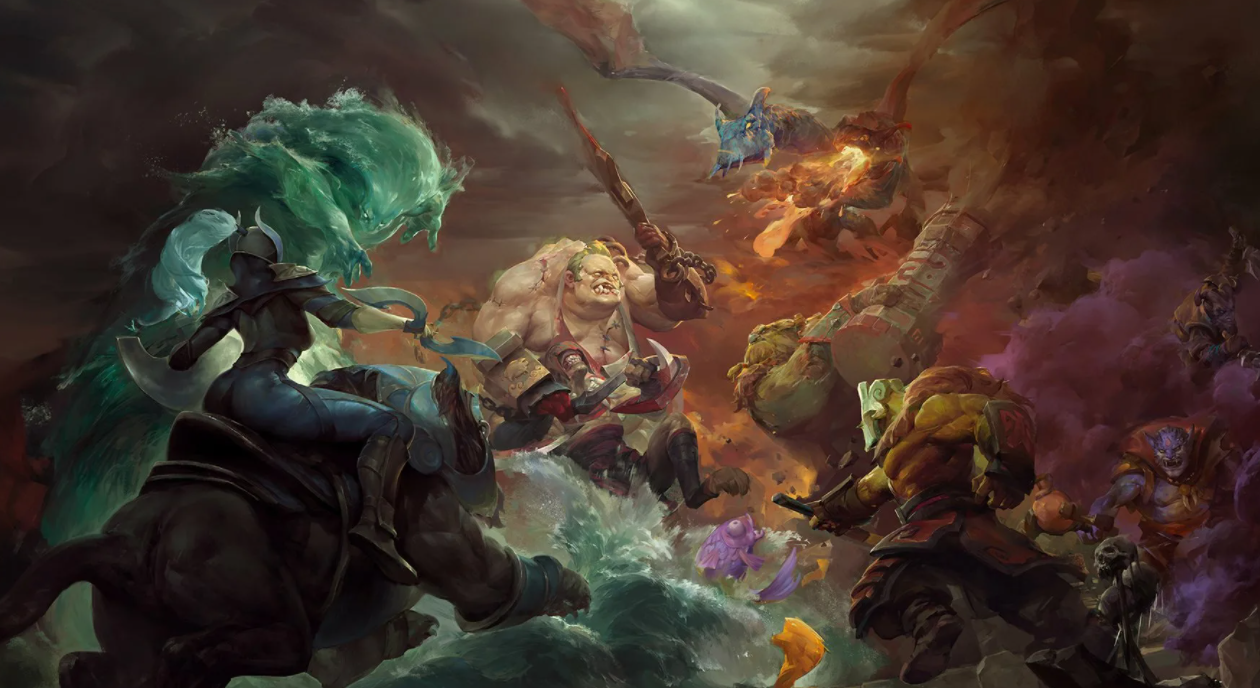 The Russian Dota 2 team Virtus.pro was disqualified from the tournament because a player of the team drew "Z" on the mini-map.

The incident occurred during a match against Mind Games - Virtus.pro (Outsiders) in the DPC Eastern Europe League. VP Ivan "Pure" Moskalenko drew a "Z" during a break in the game and then the other players painted over the image. After the match, Pure recorded a video in which he explained his action: "During the long pause, me and the guys chatted and drew on the mini-map. When we 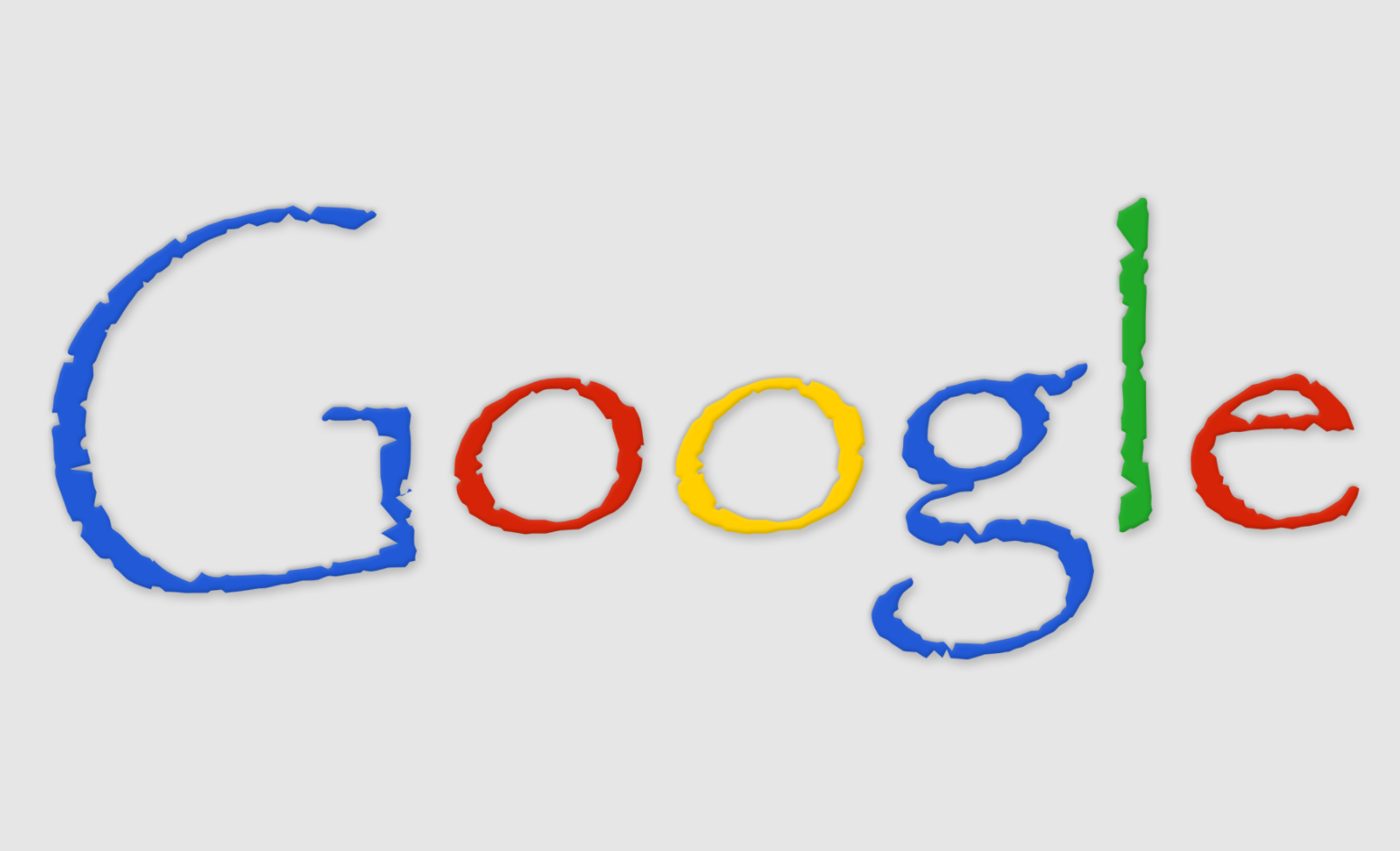 From now on, users have the right to ask Google to remove personal contact information, including physical addresses, phone numbers and email addresses. It is also possible to send a request to remove credentials (logins and passwords) from search results. ☝🏻It was previously possible to submit a request to delete numbers that could identify a user (passport number or SSN, possibly

VK takes over News and Zen

VK has announced that it has signed an agreement with Yandex to buy news aggregation service Yandex.News and recommendation platform Yandex.Zen. Earlier I wrote about it, but Yandex denied that it was a rumor🤦🏼 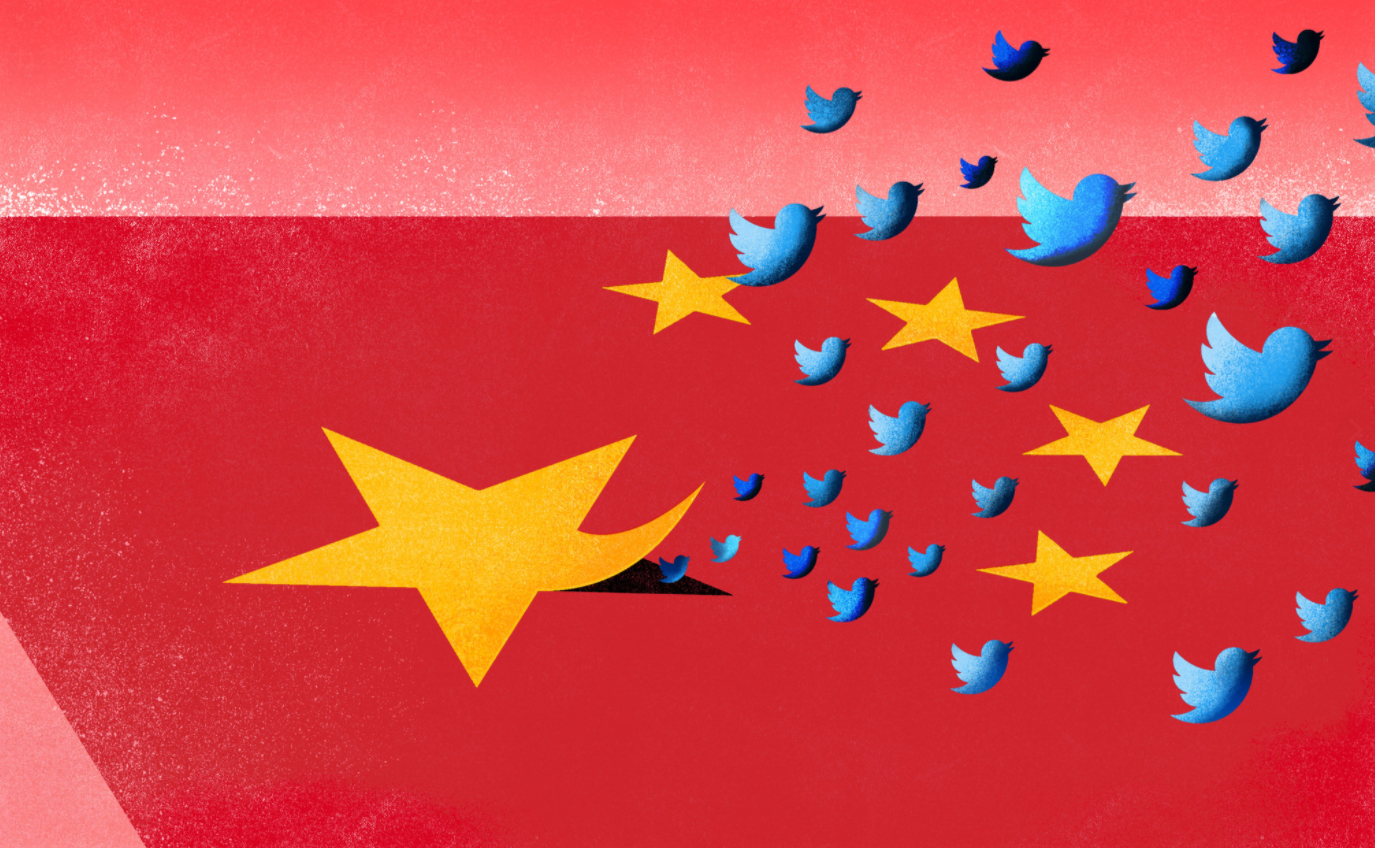 The Mastodon social networking platform is one of the best free alternatives to Twitter, distributed under the GNU license, it allows everyone to raise their own instance, which can interact as a federated social network with the entire platform. ☝🏻Mastodon has become a haven for "refugees from Twitter"-in just the first 24 hours, and 28, 391 new people have registered on the main 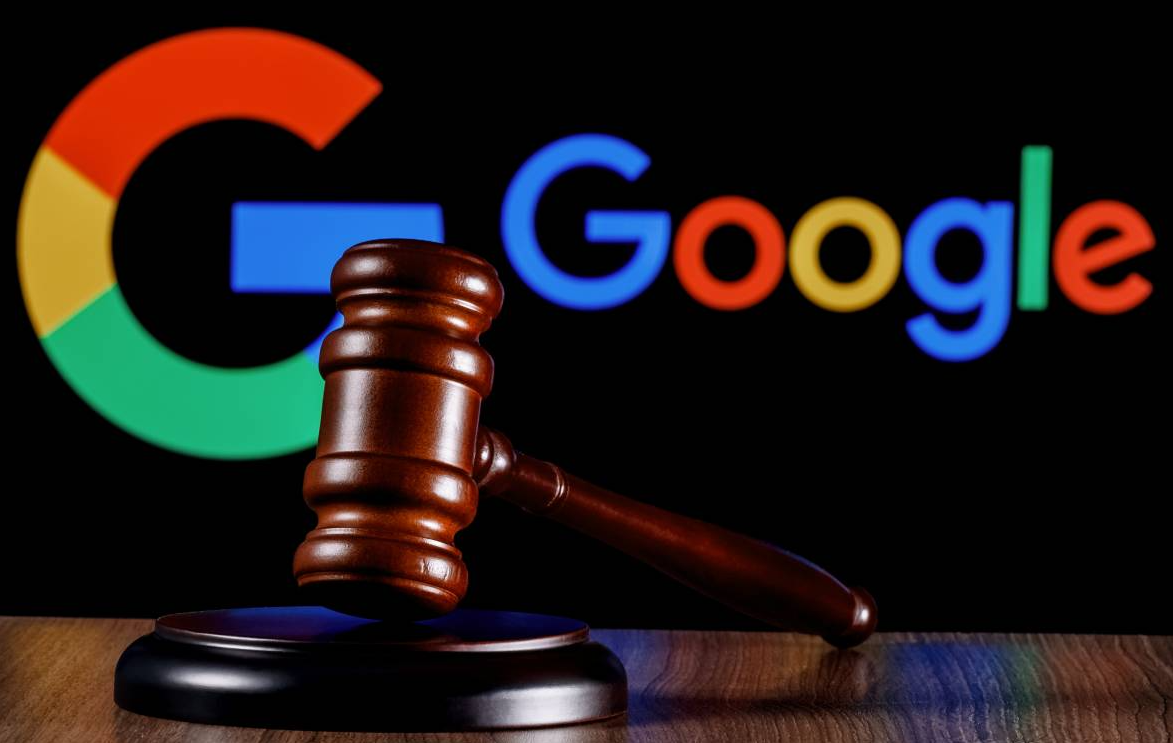 The Arbitration Court of Moscow has seized the property and accounts of Google LLC in the amount of 500, 000, 000 rubles. The arrest was initiated as an interim measure in a lawsuit filed by OOO GPM Entertainment TV (owned by the Gazprom-Media holding company) to restore their account on the YouTube video hosting site. ☝🏻 This is not the first such decision of a Russian court. 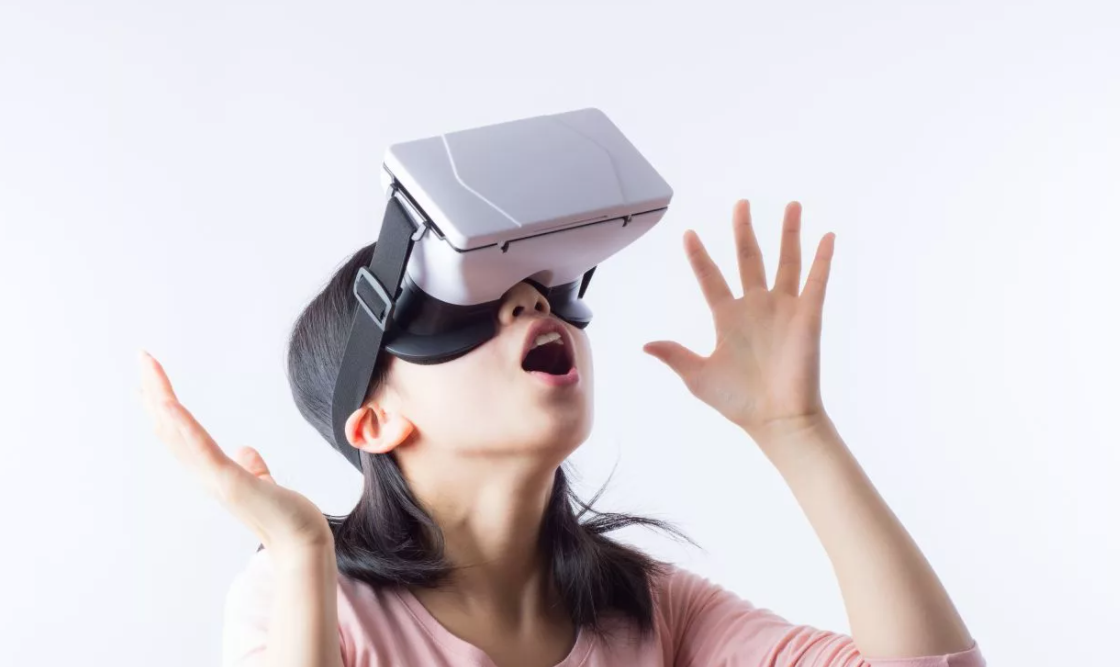 Meta will open its first "Meta Store" on May 9.

The Meta" Store will showcase every physical product the company sells under different brand names, particularly the Meta" Quest 2 virtual reality system The IT giant's first physical store will be located in Burlingame, California. In the future, the corporation plans to expand the sales network to the entire world. 🤷🏼 The Meta" Store will offer all VR and AR devices and a hands-on 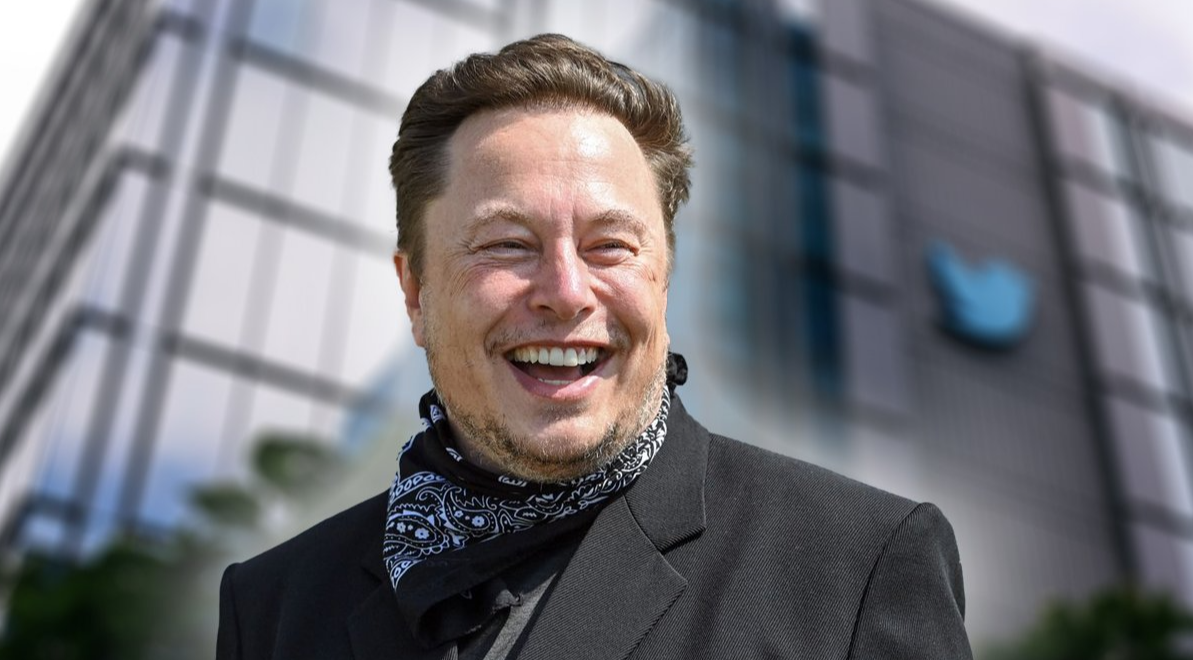 The parties announced it officially after four weeks of scandalous negotiations. After the deal is completed, Twitter will become a private company.🤔 Shareholders will receive $54.20 in cash for each common share of Twitter. The deal was unanimously approved by Twitter's board of directors. It is expected to close as early as this year after regulatory approvals are received. ☝🏻The 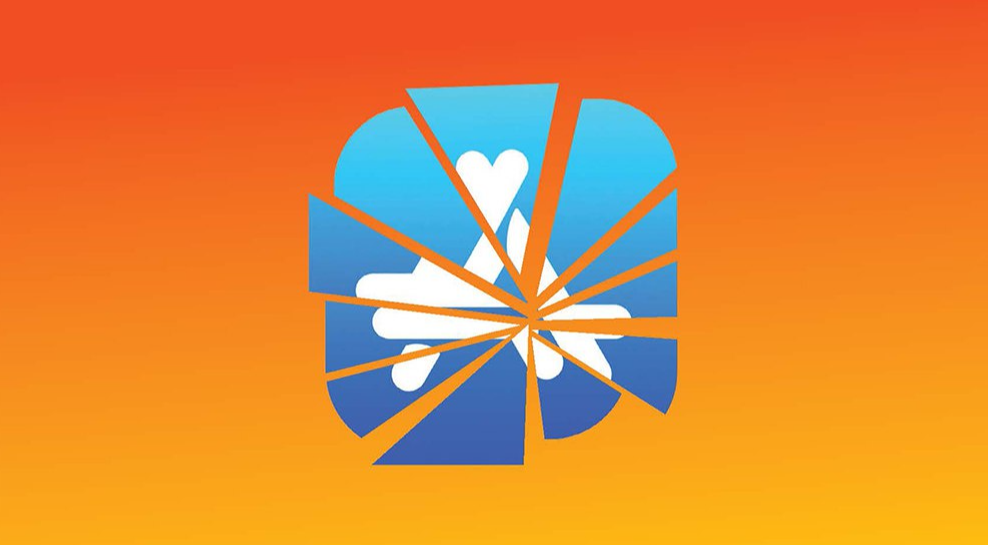 The collapse of Apples monopoly

As part of a new law against the IT giants, the EU will require Apple to allow users to download apps from the Internet and third-party app stores, and to allow developers to accept payments bypassing the App Store. 🔻It would also enshrine a provision prohibiting Apple from requiring developers to use a specific browser engine. 🔻iMessage should become compatible with other messaging

The latest news from the video game industry only on our site!

In this section of our website you can always find the latest information on the following areas:

PC News: Discounts in Steam, events in popular MMORPG, current information about iron, current builds and budgets. In addition, it is with us you can always learn about little popular, but hopeful PC-titles. We also regularly seek out rare information on narrowly focused genres and specific games. For example we really like EVE Online, albeit not very well played, games of nowadays not very popular RTS genre, hyperpopular MOBA and Battle Royal - genres that even though found their place on other platforms but were born on PC.

Warcraft 3: Reforged is coming out soon, it's a big event for us! And WoW Classic, to put it mildly, is not an empty sound.

Console Market News: Despite our sincere love for the PC, it would be extremely stupid to ignore such a great variety of high-quality and high-budget games from consoles. On this page, you can always find information about 2019 and 2020's PlayStation 4 exclusives. The Last of Us 2, Ghost of Tsushima, Final Fantasy VII Remake and many more. 2020 promises to be hot for new releases as well as announcements of brand new games and even series.

We don't forget about Switch and Xbox because they also have a lot of interesting projects".

News from the mobile market! It would be a great misconception to think that mobile games are ONLY clickers and low quality donated garbage. Just, it can be difficult to look for, but believe me, among the mobile games there are many interesting projects, including those that you have passed by without much interest.Brawl Stars, Shadow Fight series, Standoff, Asphalt... And it was only the original mobile games. Should we talk about mobile versions of GTA, PUBG, Heartstone? The mobile market is huge, so, purely statistically, there are a lot of interesting projects.

In addition to platform-separated news, we publish information about multiplatform like Call of Duty, Deus Ex, GTA, Battlefieled and more. In the future you can also expect full reviews on new releases, articles with system requirements parses, announcements of interesting events, and alerts on sales and giveaways. It's going to be hot!

We also have news with public opinion analysis, both inside and outside the industry. How video games affect society and specific individuals, brain biochemistry and self-esteem. After all, video games are an extremely young industry, so it can be analyzed indefinitely. And infinity is not a limit, as you know.